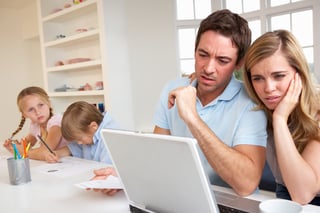 Friday Jan 20th came with big news. HUD, in what may be an unprecedented move announced its reversal to its previously announced annual mortgage insurance (MI) reduction which had just been scheduled 11 days prior and set to take effect January 27th. The reduction was to be almost 30% on the most popular program; 30yr mortgage with a 3.5% down payment.

The Federal Housing administration (FHA) does not lend money. Instead FHA insures loans that adhere to a set of underwriting standards. To insure loans the FHA charges two different types of insurance premiums; Upfront Mortgage Insurance Premium (commonly referred to as “UFMIP”) and Annual Mortgage Insurance (commonly referred to as “Annual MI” or “MI”)on every loan. The Annual MI was the premium that was set for reduction starting January 27th across all FHA loan programs.

The savings were real

On a typical $200k 30 year mortgage with 3.5% down payment the reduction would have saved a borrower $500/yr. or $42/mo. To put this in perspective, the savings could have been used to purchase two more tanks of gas a month or pay a child’s monthly lunch bill at a public school. This is a big deal for the typical FHA borrower who is a low to moderate income first time homebuyer. In my 13yrs of mortgage lending experience a last minute increase of $42/mo. does not eliminate the qualification of most borrowers. Cheaper insurance can be sourced or the rate can be brought down with seller assistance but the impact is real to many people on the margin. HomeStart Capital had several clients already qualified for the lower MI so you can only imagine our surprise and the difficultly we faced in having to deliver the bad news to the borrowers. It’s too early to tell if this increase will push people out of range and cause them to lose their financing. Only time will tell as loans are requalified.

Why did this happen?

We are not sure. But here’s what we do know. FHA is congressionally mandated to maintain a 2% capital ratio in its MI insurance fund. The fund pays out insurance claims on defaulted loans. This became big news after FHA’s capital ratio fell to -1.44% in 2012 due to increased market reliance on its loans after the subprime meltdown and exitof 2008. However, after initiating several significant MI increases and better assessing risk the FHA insurance fund grew to 2.07% by late 2015 and presumably grew further in 2016.  For this reason it is assumed that FHA announced its MI reduction in January. During Ben Carson’s confirmation hearing for HUD secretary last week the question of the announced MI reduction was brought up. Mr. Carson expressed surprise by the recent FHA cut announcement and promised to reexamine the cut if he was confirmed as HUD’s secretary.

What you need to know

For all of you that currently have an FHA loan your situation will remain unchanged. Your loan will adhere to MI rates published at the time of your closing. If you are currently undergoing underwriting for an FHA loan your MI will be based on the previous MI rates that were established January 9th 2015. Lastly, if you had already been underwritten and were scheduled to close after January 27th in order to take advantage of the MI reduction, as it stands right now, your MI will be increased back to the MI rates published January 9th 2015.

FHA MI rates still remain a very attractive alternative to Conventional MI especially given the down payment tradeoff. Most Conventional loans require a 5% down payment vs the 3.5% required by FHA and come with stricter underwriting. Not only that but for the typical FHA borrower, even with the larger down payment required by a Conventional loan, the MI rate would be well over 1%+ vs the current FHA MI rate of 0.85%. So if you have applied for an FHA loan you’ll probably still be best served staying the course even with the reversal to the reduced MI rate. If you need help on your FHA loan or need someone to help you navigate this changing landscape call us at HomeStart Capital. We are here to help (713) 275-2785.